Axelent has sponsored the HV71 ice hockey club for the past six seasons. The 2018/19 season will see more money going to HV71 Women. The money that has previously gone to the Champions Hockey League (CHL) has been redistributed to the women's team. This year, extra focus is also going on the goaltenders.

Although it has been many years since the Swedish national team challenged for honours in the major tournaments, the club hockey takes a step forward every season. The Swedish Women’s Hockey League (SDHL) is getting more and more media coverage. This season, 12 games will be broadcast live on C More TV.

Women’s hockey is still lagging behind men’s hockey in terms of financial clout, but there is good reason to feel optimistic for the future. Lule. Hockey intends to pull out all the stops in its support of women's hockey. Its longterm goal is a team of full-time professionals, the first step being to improve daytime training possibilities and provide compensation for lost income. To achieve this, the club will invest more money in their women's team and get additional help from their sponsors.

Axelent aims to become a frontrunner in the development of women's ice hockey in general, and HV71 Women in particular.

“We are proud of our sponsorship of HV71 Women. They work under completely different conditions to men's hockey and it feels good to be able to give them some extra support,” says Stefan Axelsson, Export Manager at Axelent. 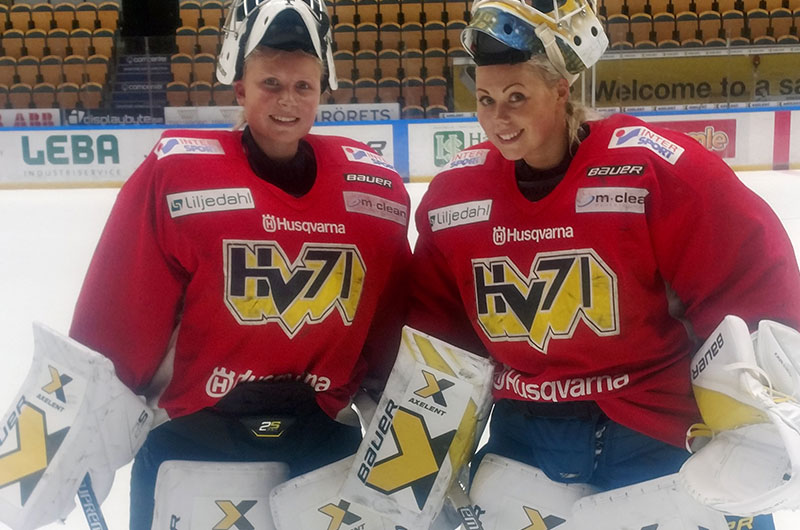 HV71 and Axelent, a winning team

Goalie Sabina Eriksson is very positive towards Axelent’s sponsorship of her and her goalie colleague Wilma Nilsson. Unfortunately, Sabina suffered a nasty knee injury during pre-season when she tore her anterior cruciate ligament. The squad will now have to do without a key player as she enters a long period of rehab. Despite this setback, Eriksson is very positive about the team's chances in the SDHL.

“A new season and a fresh chance to challenge for the title. There have been a lot of changes in the SDHL teams in the run up to the 2018/19 season. I’m pleased that we’ve managed to retain our core roster and add a few new faces, who look top drawer. I really think we’re going places and I can't wait to get the season underway. This season, Axelent has given the women's team fantastic support. This includes all the equipment for myself and Wilma, which will really help us to perform and progress during the season.

I’m really grateful for this support. It shows that women's hockey is heading in the right direction when companies like Axelent believe in us and are with us all the way.” 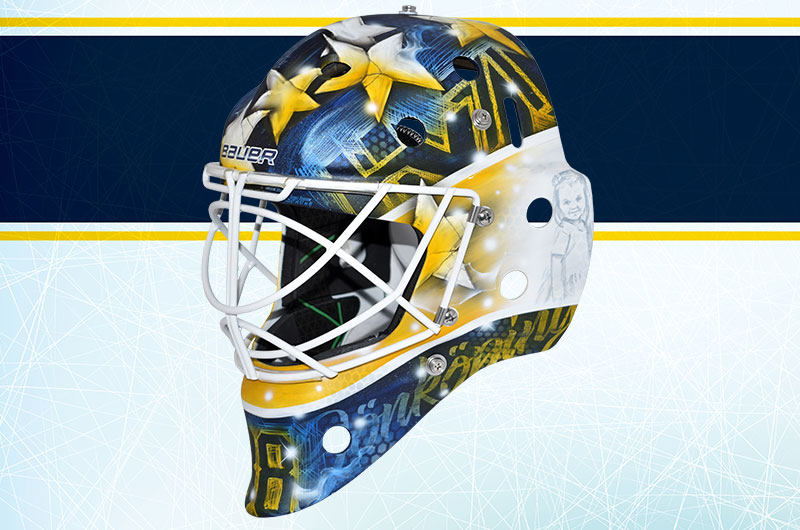 An investment in the whole club

“We’re delighted that Axelent wants to support the whole club. We have partnerships at all levels, Women, Men, Juniors and Youth. This year Axelent has directed their sponsorship towards the women to give them a better opportunity to really go for it and take the next step in their development.”

Two years ago, HV71 Women came as close as it gets to winning the Swedish title but were pipped at the post by Djurgården in the playoff final. Can they go all the way this time? One thing they can be sure of is that Axelent will be cheering them on.

This season, Axelent has given the women's team fantastic support.

Sabina's mask here on the right was designed by David Gunnarsson. David has built up an impressive portfolio at his company, DaveArt, in the small town of Sävsjö in Småland province.

David and his airbrush have designed masks for many of the best goaltenders in the world.