A special guest at Axelent GmbH 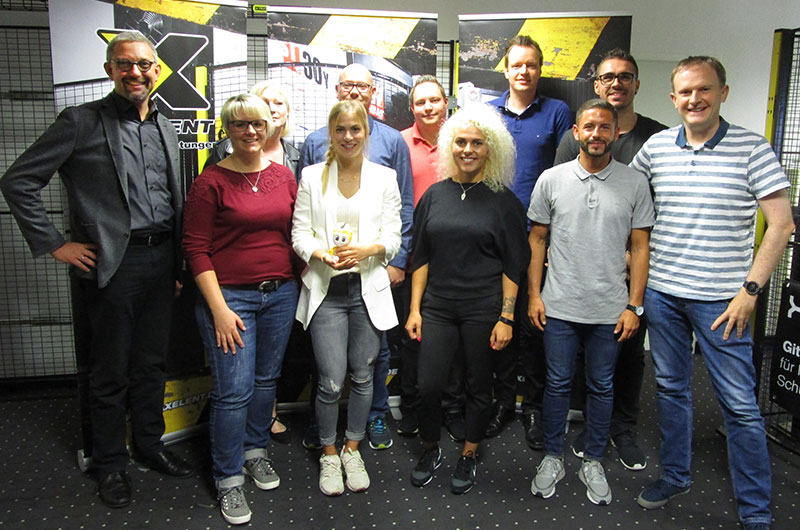 Axelent GmbH has sponsored the career of young Anna Seidel from Dresden since 2014. In the past four years, the youngest member of the German 2014 Winter Olympic team has turned into a leading athlete. Triple medallist in the World Cup and double bronze medallist in the European Championships.

A serious injury in 2016 put a brief stop to Axelent's official ambassador, but she is now back in top shape again raring to compete in this year’s World Cup.

During her visit to Axelent GmbH, her sponsorship with Axelent was extended by a further two years and she told everybody at Axelent about her experiences at the 2018 Winter Olympics in South Korea. Everybody was mightily impressed, not only with the exciting stories, but also by her achievements at school. Despite her tough training programme, she still managed to graduate from high school with top grades, and now awaits a distance course.

At Axelent we are looking forward to the continued sponsorship of the star performer in the German Short Track team and are keeping our fingers crossed that Anna will avoid more injuries!

Check out our latest news in SnapperWorks!
Axel on the Shop Floor – the latest video